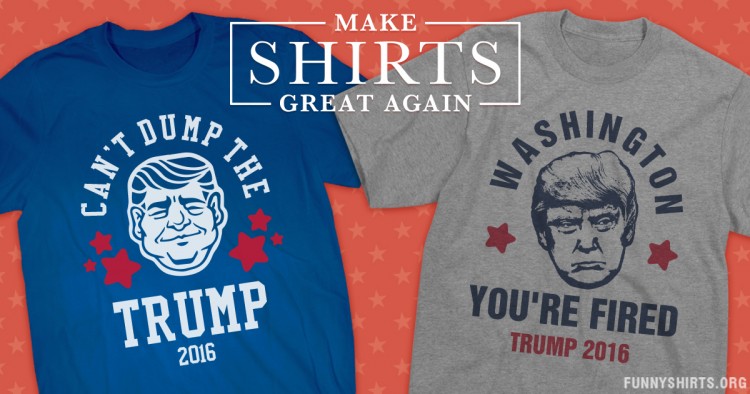 The presidential primaries are over and the official race to the white house has just begun. This is when the gloves come off and candidates battle for the ultimate title for the President of the United States of America. If you somehow haven’t noticed, this year’s political politicking has reached a whole new level of propaganda and mudslinging. Donald Trump emerged victorious for the republicans and is making it known he’s in it to win it. Now more than ever is the time to show your support and wear your vote across your chest with Donald Trump shirts. 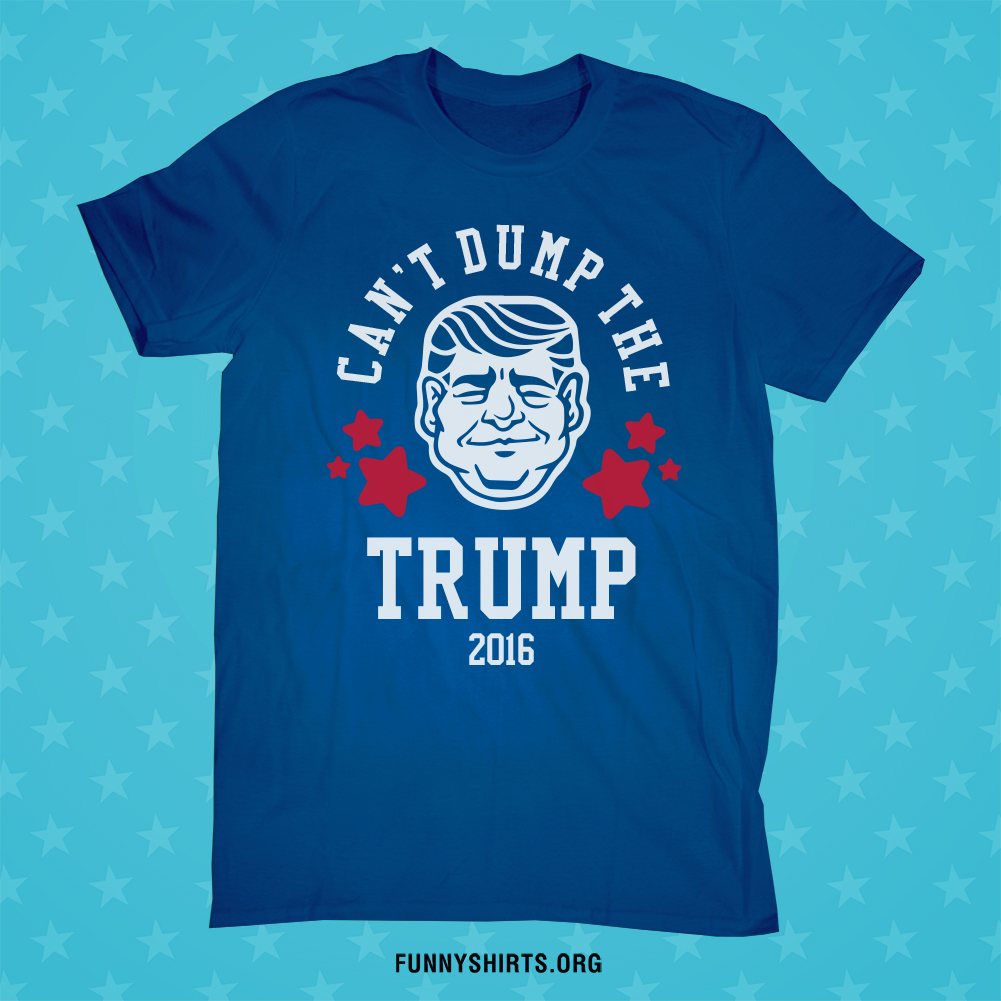 Our gallery includes one of a kind Trump art and designs that range from catchy yet funny sayings to the more traditional campaign jargon. Love him or hate him, we have pro Donald Trump shirts and anti Donald Trump shirts to meet your preference. Better yet, take a chance by starting from scratch and truly creating an original design that know one will have. Love a design but want it on a different shirt, tote bag, or water bottle? You can simply swap out a design onto multiple products making it easy to show your support or hate for either presidential candidate. 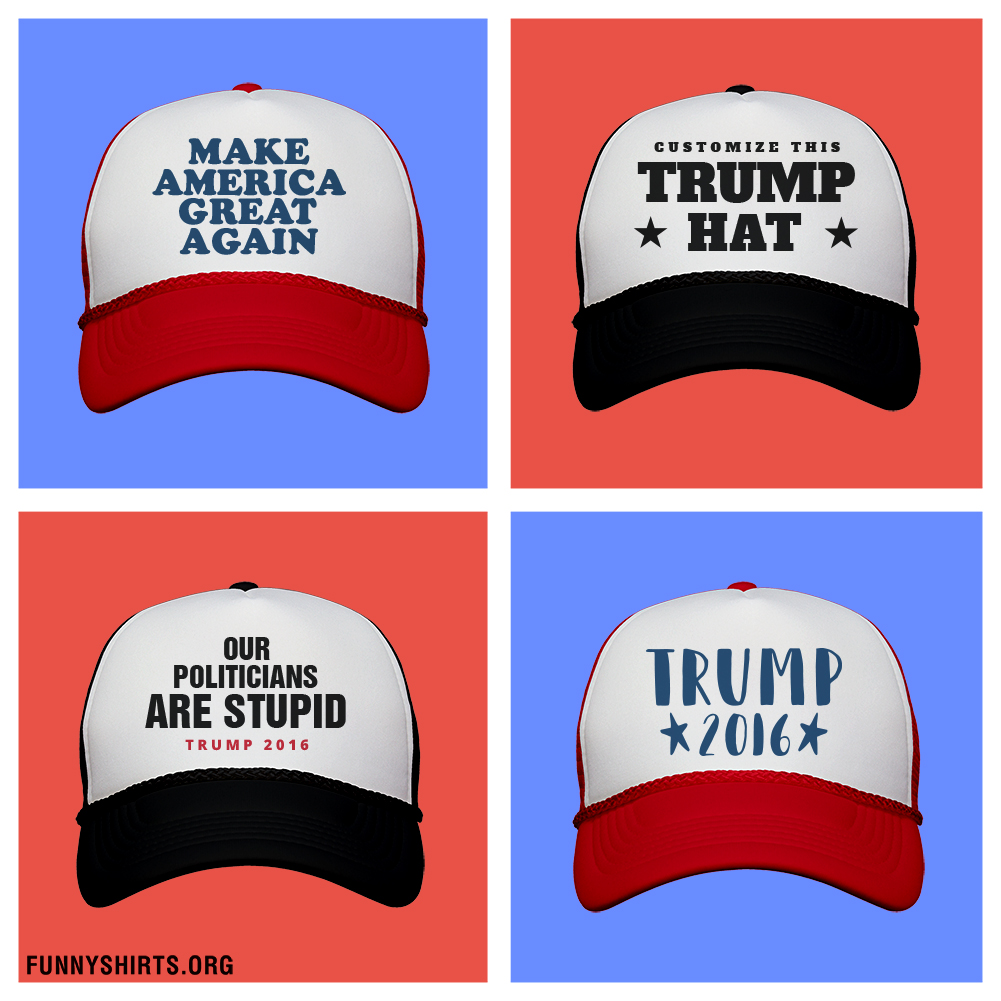 Have a strong opinion on who should be the next president of the United States? Create a FunnyShirts custom apparel storefront and put your opinion on a shirt!