About four years ago, I wanted to experiment with our new Direct-to-Garment digital printer. If I could print anything I wanted onto one piece of apparel, what would it be? This question allows you to peer deep into your own soul. I took that opportunity. I peeked. Staring back at me, I saw a seven year old version of myself. The question of what to print, I realized, was better suited to seven year old me. His answer would probably be much cooler. And it was.

He wanted a collage of all his favorite shit. He wanted me to dress up as nostalgia.

I soon recognized the parallels between this task and the plot of the Tom Hanks film Big. Ideas began to form. I would use Photoshop to make a kickass collage, featuring all of my favorite stuff from when I was seven. I would print it on the back of bright white button-up shirt. I would construct a white bow tie out of paper. Together, they would represent the amazing white tuxedo Josh Baskin wore to the MacMillan Toy Company annual party. I found some laser tag equipment at the local Goodwill, perfect to represent the gear Josh wears when running around FAO Schwartz (just before impressing his boss with some slick Chopsticks on the giant floor piano). I also picked up some sweatpants and tennis shoes to represent the early scene in which he first discovers that he is ‘big’.  More importantly, my seven year old self would have refused to wear any pants but sweatpants. Some sweet blue-blocker sunglasses, straight out of the 80s, topped it all off.

At this point I realized no one was going to understand my costume. But I was already too deep. The only solution was to make them understand it. So, yeah, I created a paint-by-numbers layout (pictured below) that labeled each element of my collage. I also typed up a multi-paragraph explanation of the costume. I printed out a bunch of copies, fully prepared to distribute them to fellow party-goers. Just before handing out the first flyer, I realized how incredibly lame this had become. Alas, I was committed. I did it anyway.

How did my costume turn out? It looked incredible. It was beautiful. And also everyone hated it. Basically ruined Halloween for a few people, I think. But I still have the shirt and it is still awesome. Here were the results: 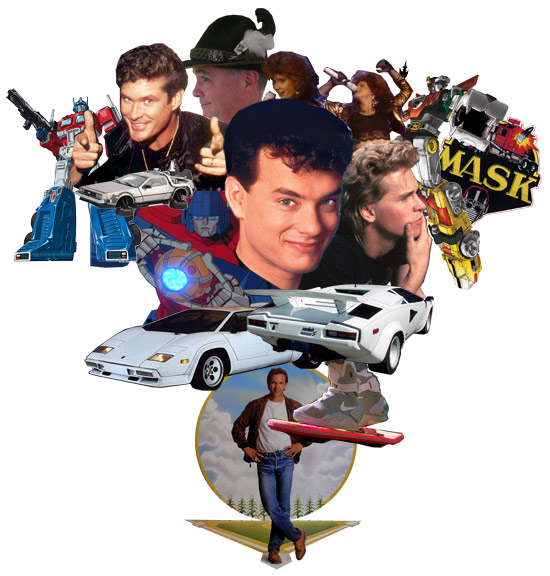 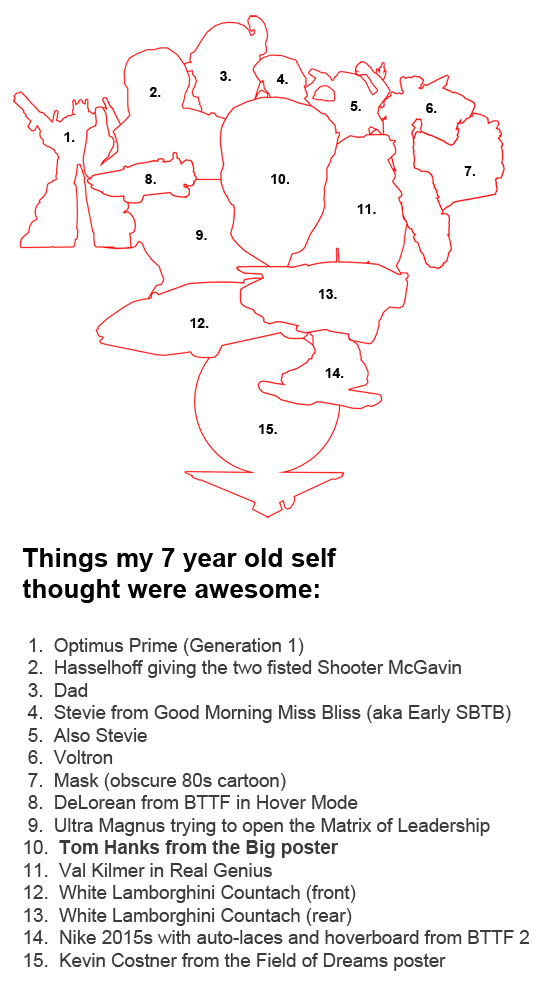 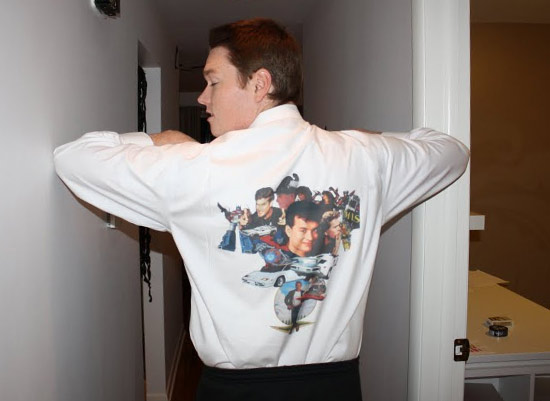 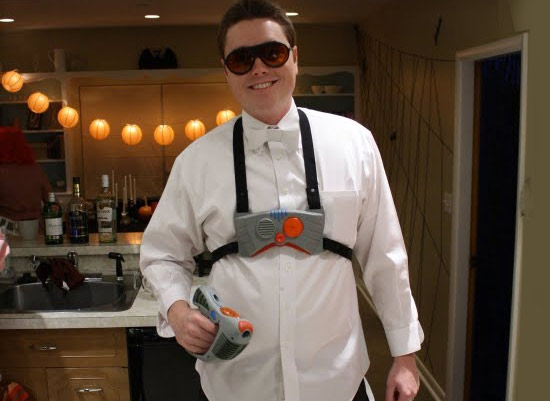